The City of the Palaces 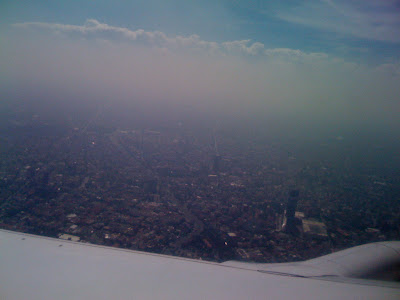 I love to fly and to watch trough the window the landscape. When the plane made the approach to Mexico City, I took this picture. The visibility was so low, that it looked like London on a foggy day, but sadly it is just pollution, and it was a “clear” day. I was born in Mexico City, and I remember when I was a child, to watch the horizon and being able to see two beautiful volcanoes, the Popocatepetl and the Iztlazihuatl the called “Ciudad de los Palacios”, also Mexico City was named “The most transparent region”, but today you barely can see the far buildings… Mexico City is a 30,000,000 population city and it was funded on a valley surrounded by mountains, so the pollution remains floating on the air until some summer currents cleans the air from time to time. I love Mexico City, it is a place with an ancient history, tradition, but the most valuable asset is the people… I’m praying for have few Flamingo Road Church campuses here on Mexico city, to partner with Mexicans to reach their God’s potential. 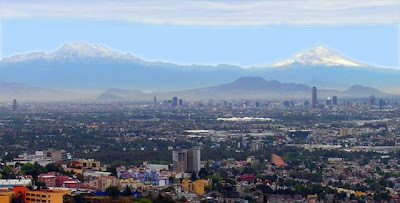