The Carrasco’s… A Little bit of history, Part III 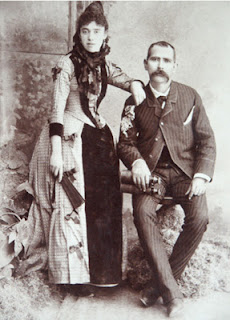 I know just a little about my grand grand parents, but I have the names and a picture. Lucecita García Luna and Blas Carrasco, they had 19 kids… It’s obvious there no was TV on that time. One of their sons, Eduardo Carrasco García Luna, married María Contreras Nuñez, who was daughter of Vicentita Nuñez and Teodoro Contreras. They had five kids: Natalia, Eduardo, Alicia Solveigh, Manuel and Lolita. 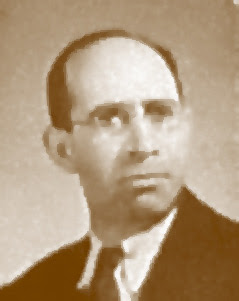 My Grandpa Eduardo used to work for the city of Tlalnepantla and he was recognized because his honest service. He was also a talented self taught musician, he played piano, violin and other musical instruments. He was always a family man, and he died in the early 60’s. I barely remember when he past away. It is one of my first memories, and it was a painful process for the family.

My grandma moved from Tlalnepantla to Mexico city to live close to his two sisters Margarita (Mago) and Linda. Grandma was a faithful woman. I remember her as a devoted Christian Catholic. She walked every day from her house to the church doing three miles each way. She was sweet and she loved all of my uncles and aunts, I remember her peaceful and smiling always, but with a strong character at the same time. When she passed away, it was after a family party where all her sons and daughters were present. When the party finished, she said fare well to every one, when she uttered “I know I’ll never see you again on this earth, so it is time for me to said good bye”. After that, my uncle Eduardo drove her to her house. When she arrived, she was sleeping… and she never woke again. She just closed her eyes and just like that… peacefully and quietly she initiated her trip to eternity. Eduardo was an ordained catholic priest but on the 70’s he decided to quit and start a secular life. He got married and divorced almost immediately by unknown reasons, and few years later he married María Idolina and they had two kids. María Isabel and Eduardo.

Manuel, he was an always handsome, optimistic, with an inspiring character and a great family man. He married Adriana Landín and they got four kids; Luis Manuel, Leticia, Lizbeth and Daniela.

Alicia Solveigh, Better know as Sol, during her teen years, she got pregnant by Rafael Centurion and she told me that she was so innocent that she never understood what happened… but she was pregnant. When Manuel knew what happened, he went to look for Rafael, and punched him in the face… It looks like the parents fixed everything, Marriage, to legitimate the future kid and divorced after that. A few months later, Jose Antonio was born.

Four years later, Manuel decided to give a Mother’s day present to my Grandma, Sol and Jose Antonio, a vacation trip to Acapulco. When they arrived at Acapulco, Manuel met some friends and Sol went to the beach with my grandma Mary. At the beach, Sol ran into Antonio De la Mora, a childhod friend and the son of the far Aunt Martha… A divorced man with one kid, a single mother with a kid, and they merged their destiny right there…

This history will continue…