“In a village in La Mancha, whose name I do not care to recall… 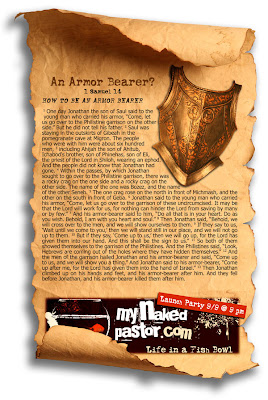 “Don Quijote de la Mancha” is one of the greatest pieces of the Spanish Literature, it was written in the late XVI century by Miguel De Cervantes Saavedra, and it is considered as a corner stone of the novel writing. The first time I read this book I was 12 years old and I was captive by the romantic history of a Man who believed he was a “knight errant” with his armor bearer, Sancho Panza. All the history is about his dreams, his adventures and his errands. The first part of the book is funny and entertaining but the second part is more reflexive. Although the history is about “Don Quijote”, one of the reflexive characters is Sancho Panza, a man who always believed unconditionally the vision of his master, and no mater how crazy the venture looked; He was always there to support the Quijote’s journeys.

Today, at our staff meeting, Troy, my pastor, shared the story of Jonathan and his armor bearer, about trust, vision, faith and direction. On the previous ministry I worked for, my pastor named me his “armor bearer”, and every one knowed me by that surename. I walked side by side with him, just like Sancho with “El Quijote”, being supportive until God moved me to FRC. Now while Troy shared with us 1 Samuel 14, I understood more precisely what means to be an armor bearer; All of us are at some point “Sanchos”, because we all are at some point followers of some one else’s dream, then we take that dream and get it for ourselves to be our own dream. At that point, we become leaders who will share the vision to other Sanchos that hopefully some day will become leaders too. Here are some questions in the air: What are you following? What is the vision you believe in? Are you willing to give your best to that vision? Will you trust your leader? I want to be… an armor bearer.