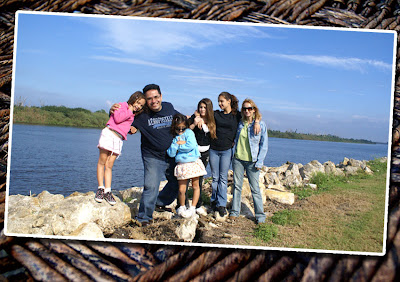 Since the beginning I planned this vacation trip to Tampa on a different way. We commonly jump

in to the car and I start driving like on pursuit of a prize or something like that, arrive at our destination as soon as possible and that’s it… this time, I started driving slower than usual (even below speed limit), stopping at several places.

I also found that is good to have a Tripod with you while you travel, that can allow you to be included on the picture, because on most of the trips I made, I’m never on the pictures. So after the Evangelistic Experience with Paulina Driving, We made a little stop at Okeechobee Lake and took some pictures.

Then I drove few more miles north, when I saw a truck full of watermelons, and I noticed a watermelon field on my right, and I stop to explain to my daughter Sol about her favorite fruit process, then Dora told me… look there, some one throw away a lot of watermelons… (She is a Montessori School Teacher) I though she was joking but she looked so serious about it, that I

explained about the watermelon belongs to the cabbage family and grows on the ground. So the explanation worked as well with Dora and Sol… while I was explaining a man from the field came on a pick up truck asking us if we needed something, and I explained what we where doing, so he gave us three fresh delicious watermelons. I offered some money in exchange but he told me, don’t worry, here is plenty of it. Dora and Sol learned that Watermelons grows on the ground, not on the trees.

We made some other stop at an orange field, and when we were in front of a wheat field, I asked my little ones… what we get from the wheat? And Dora answered: Corn! and Sol answered Bread… It looks that I need to take out more often my city girl to the country… 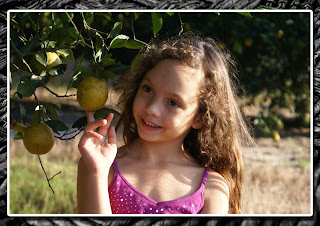